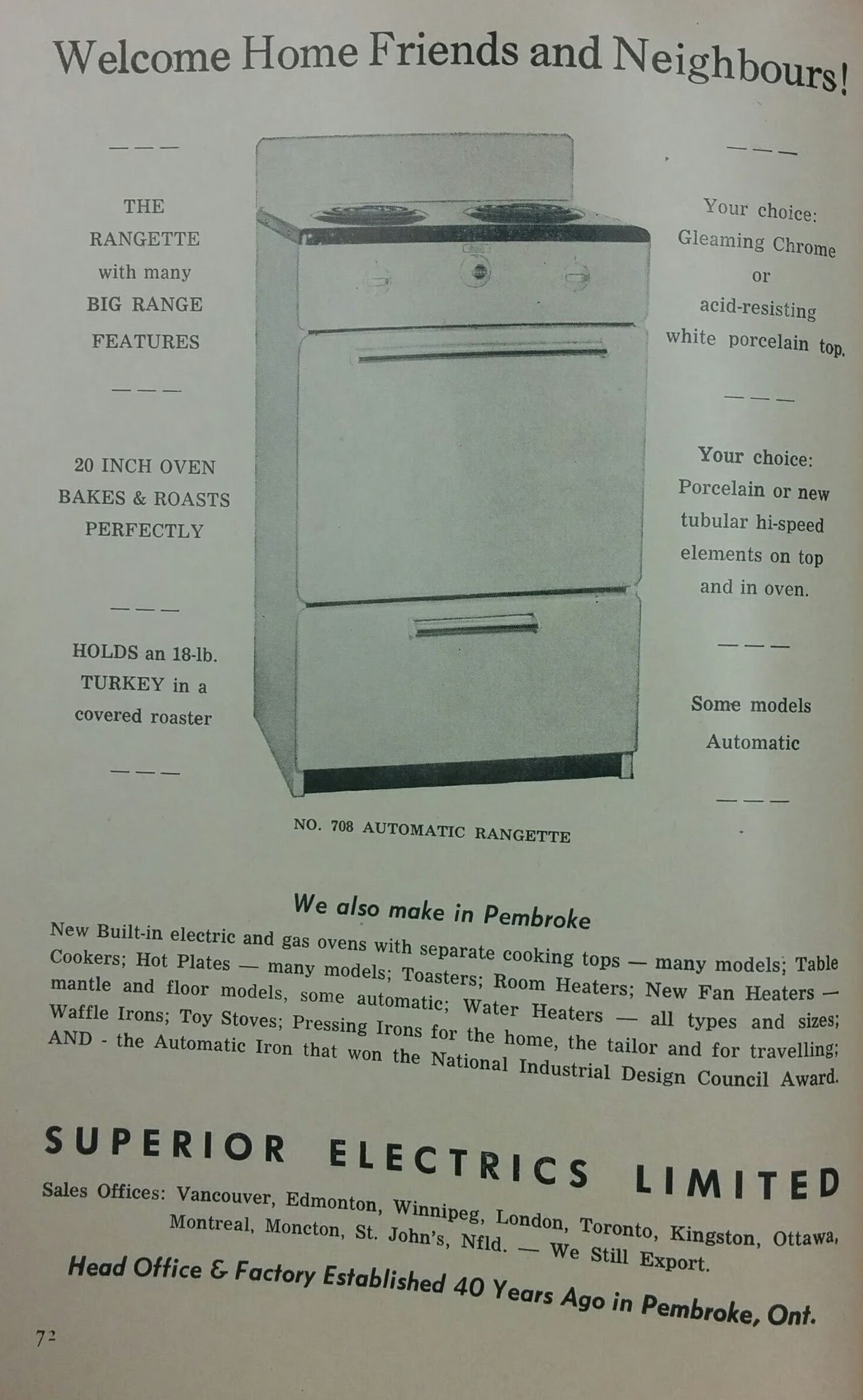 On April 4, 1956, 23 workers of Superior Electrics went on strike after management and the union failed to settle on negotiating wages. The workers set up picket lines outside of the company. On June 18 1956, after nearly 11 weeks of striking, a settlement was reached and wages were increased eight cents per hour. 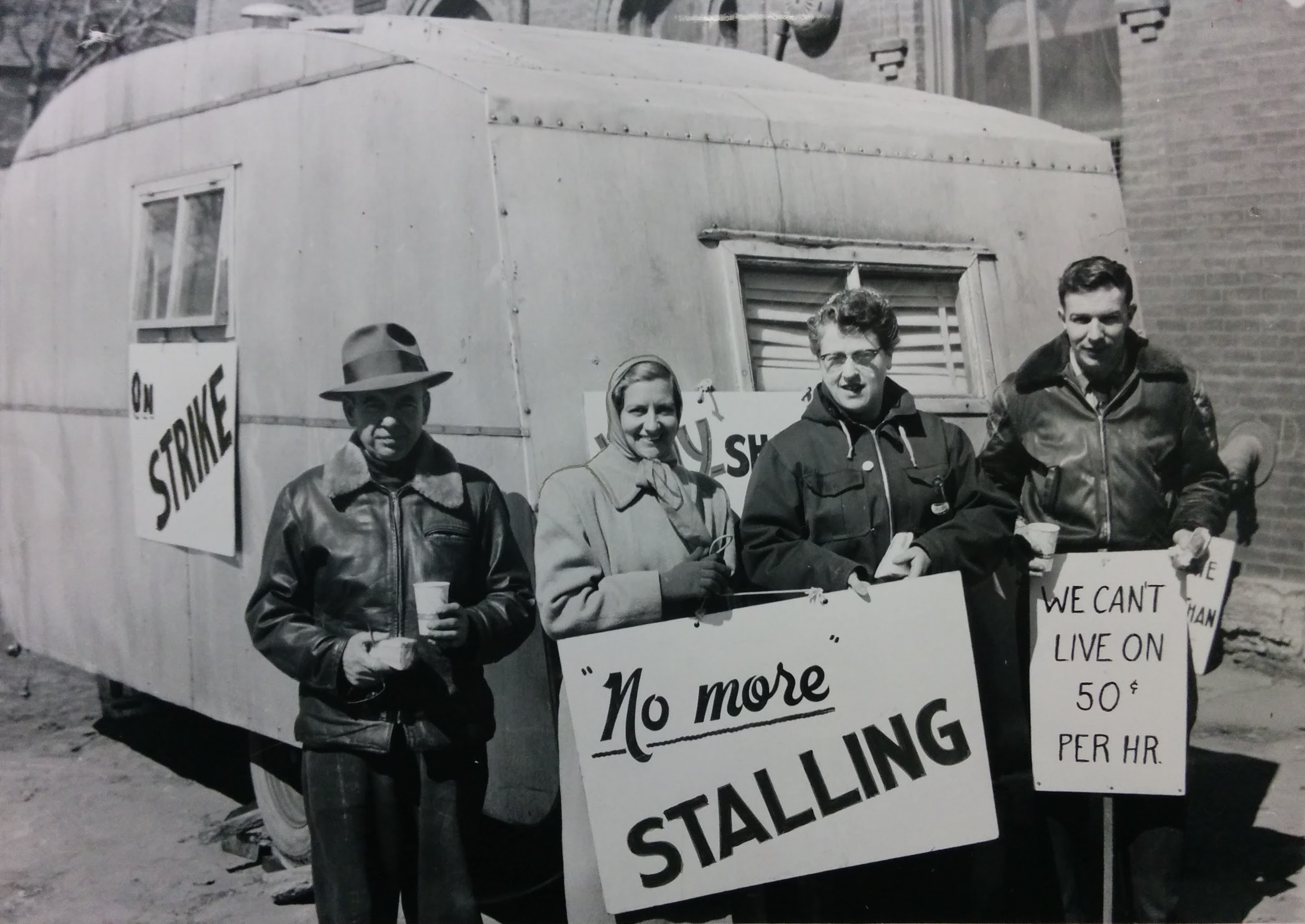 Like most industry in Pembroke, Superior Electrics received its raw materials by train. Most companies were strategically located along the Canadian Pacific Railway line on the Ottawa River. Yet unlike the paper and pulp companies located right by their resources, Superior Electrics was not located close to their raw materials. Many industries expected lay-offs if rail workers went on strike. On August 26, 1966, 118 000 rail workers nationwide went on strike after weeks of negotiations failed. As the strike continued, Superior Electrics began to exhaust their resources. In September 1966, Parliament passed a law forcing rail workers to go back to work. 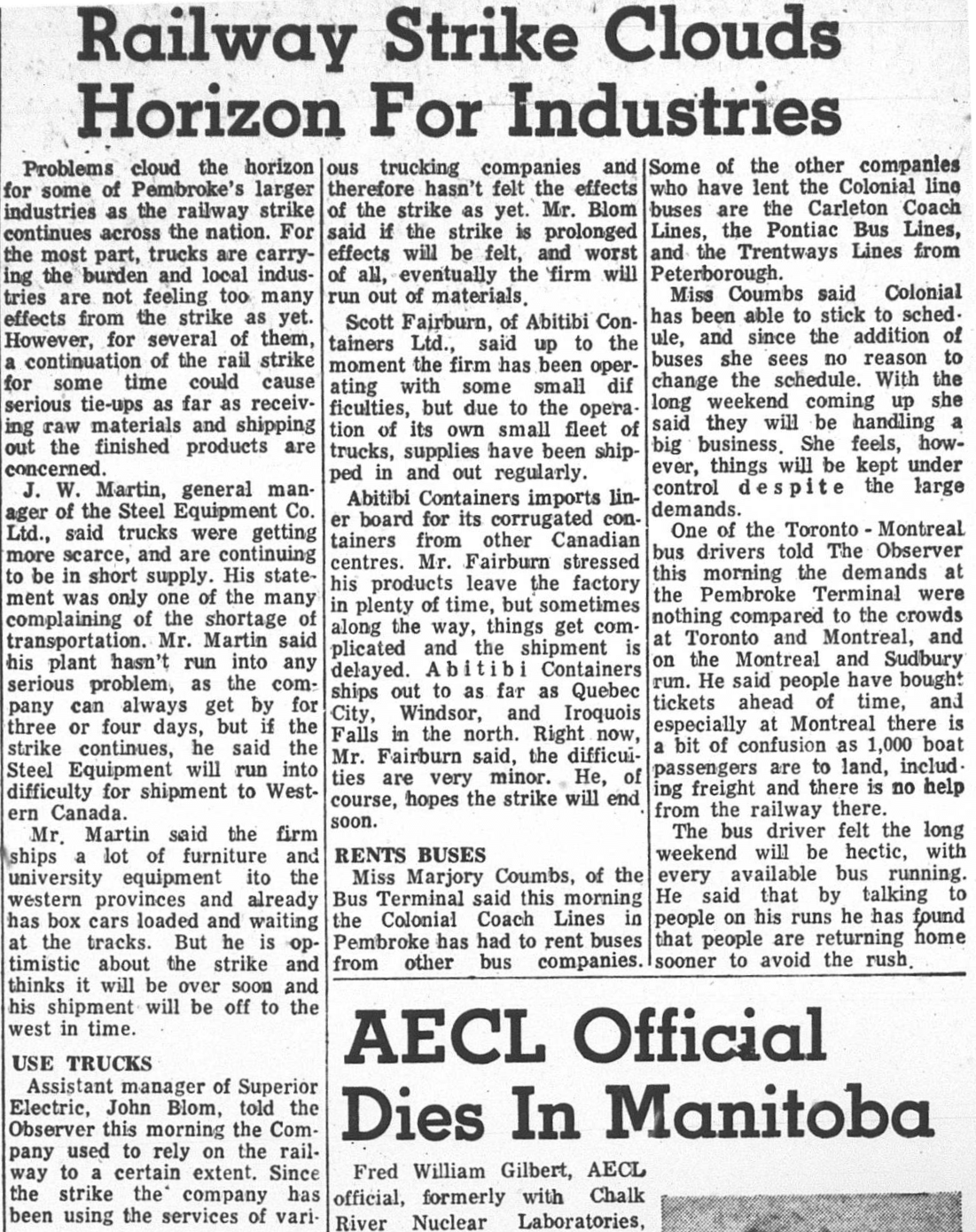 On November 11, 1971, the workers at Superior Electrics walked off the line for the first time in 15 years. Following negotiations, workers rejected a contract offer from management. The strike lasted a little over a week. On November 18, an agreement was reached and about half of the workers went back to the line. 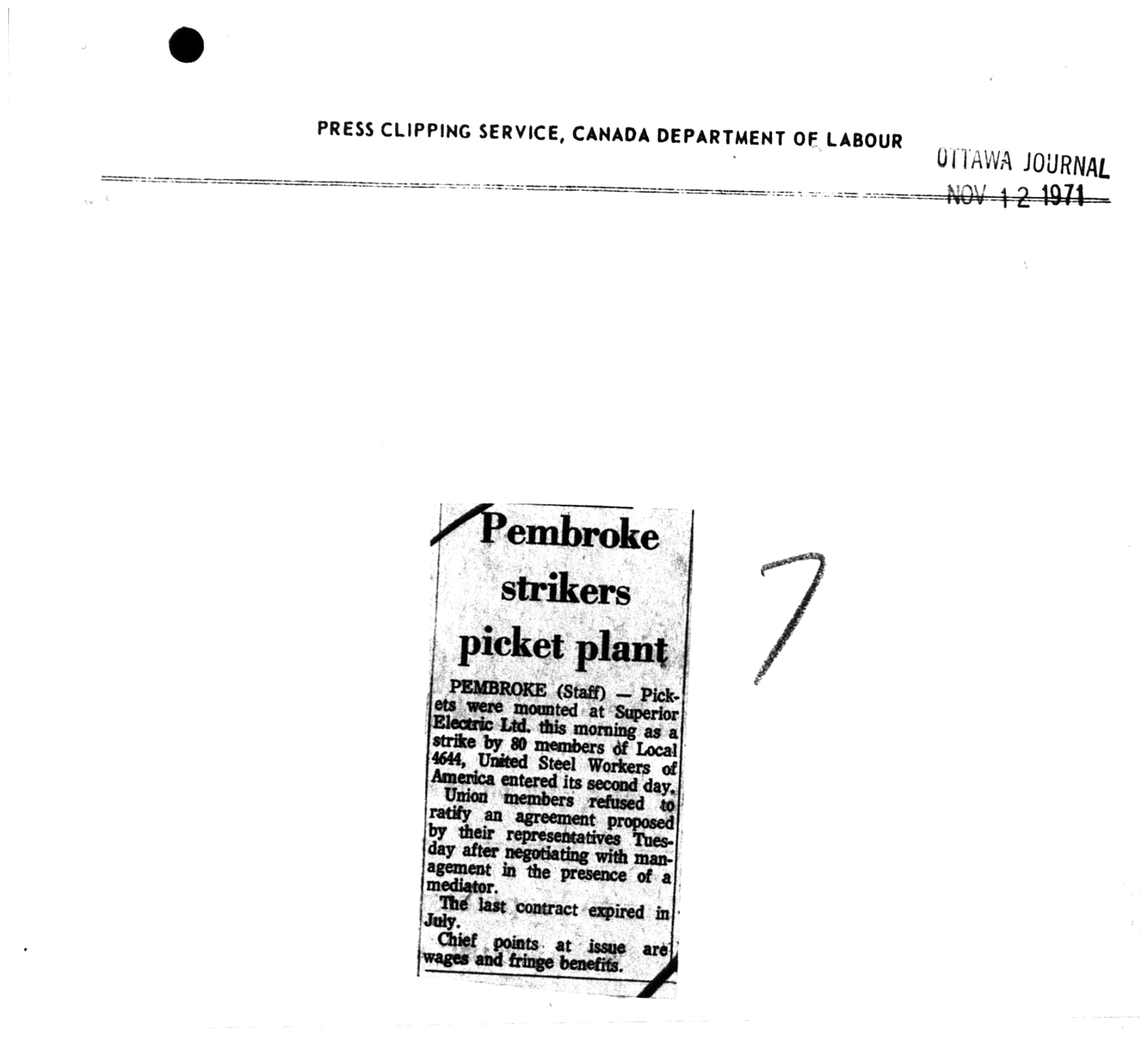 Four years later, on September 11, 1975, workers at Superior Electrics went on strike after management and the union failed to reach an agreement over wages and benefits. By the end of September, negotiations on benefits improved, but both sides could not agree on wages. On November 21, 1975, an agreement was reached and workers went back to the plant.

Throughout the 1980s and 1990s, Superior Electrics continued to manufacture innovative appliances. Most products were developed completely from scratch at the Pembroke Plant. They would start with all the raw materials and complete a finished product. In 1990, Superior Electrics produced Canada's first all plastic electric kettle created by the Canadian industrial designer Glenn Moffatt. 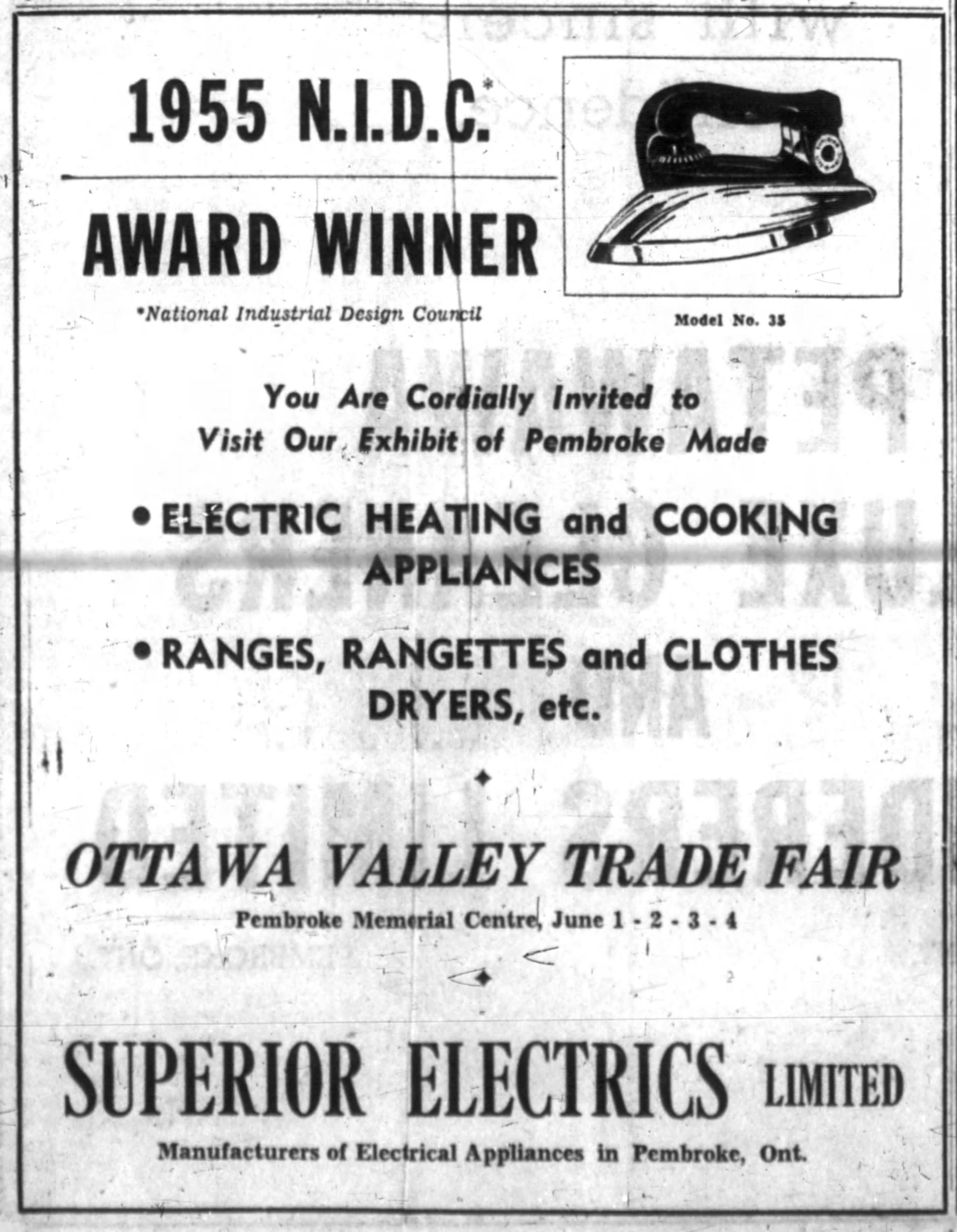 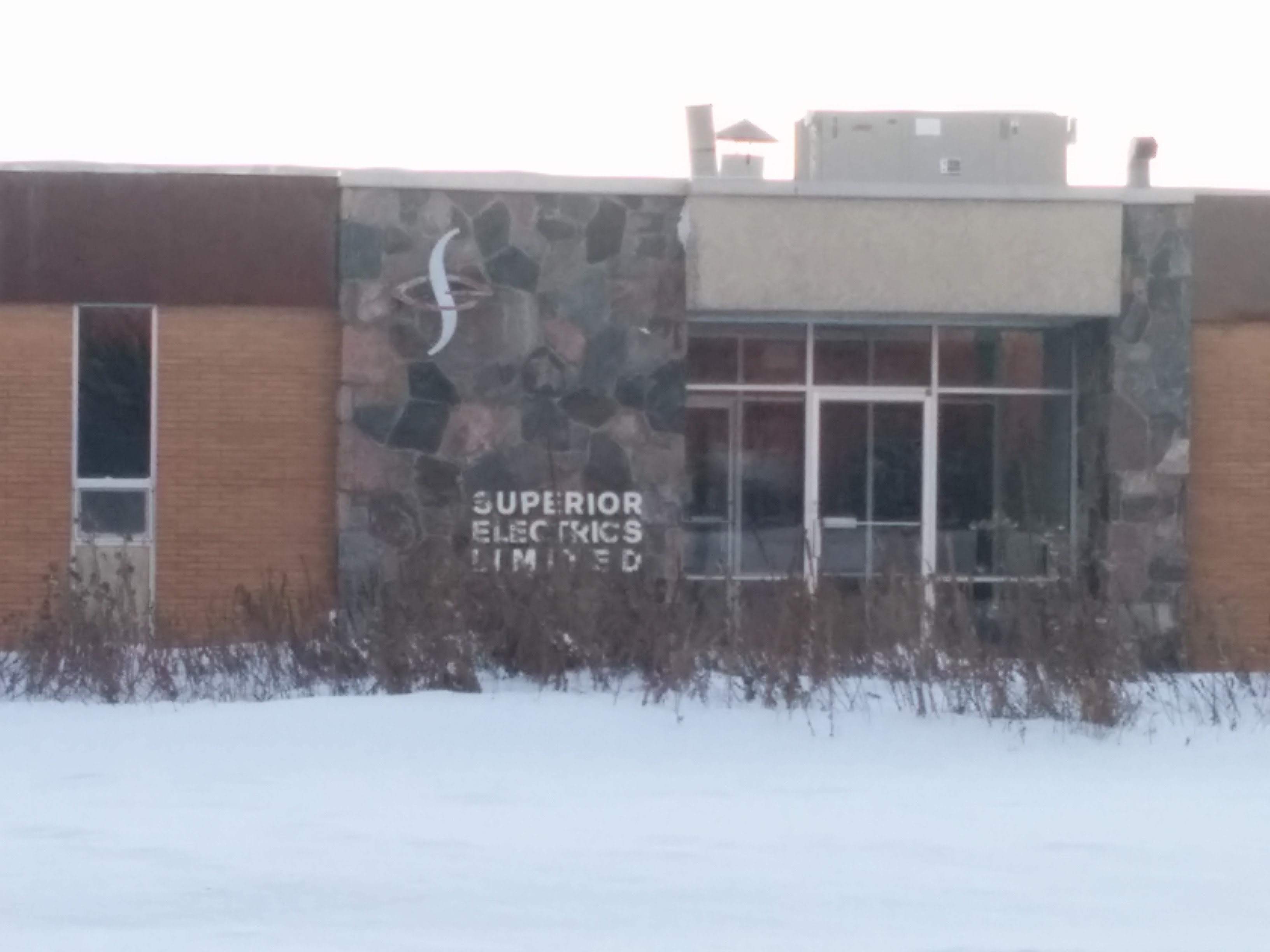